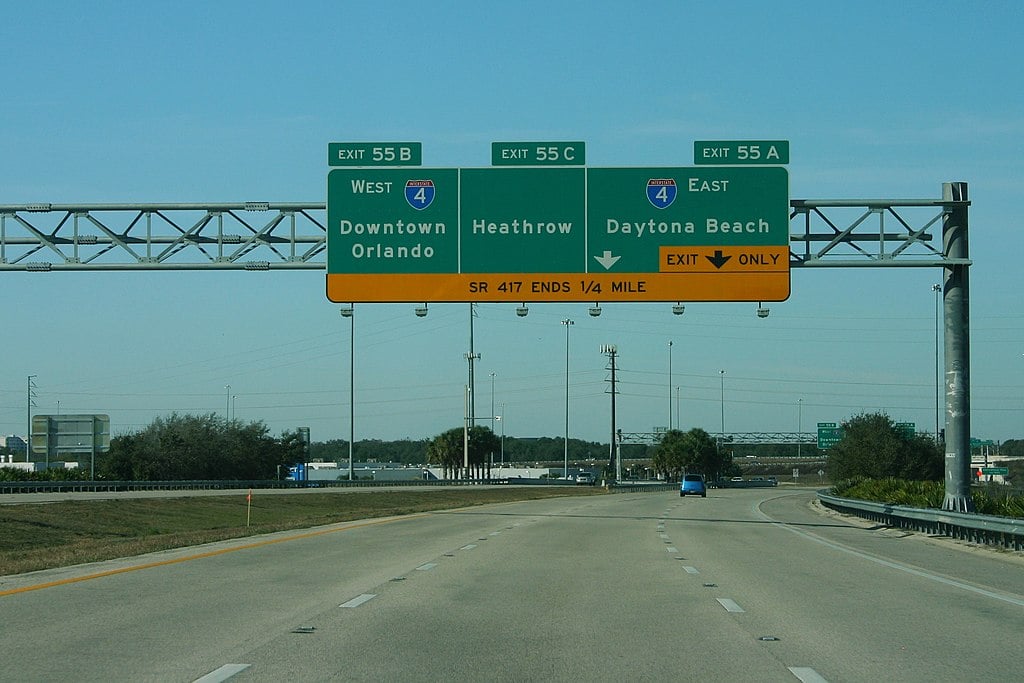 Heathrow is a small town in Seminole County. It’s a popular suburb of Orlando, and often ranks well on lists of the best places to live in Florida. The population of Heathrow is 6,987 according to the most recent 2019 U.S. census. The zip code for Heathrow, Florida is 32746.

People enjoy living in Heathrow. It is generally a very safe place to live. Residents enjoy the balance between peaceful suburban living and the convenience of metropolitan city life.

According to rating systems, the school system in Heathrow is high quality.

Heathrow is popular among retired people. The median age of Heathrow residents is 43.3 years old, which is higher than the Florida average.

Older residents tend to be politically conservative, which is common for the region. Younger generations in Florida tend to dislike many conservative restrictions on personal freedom.

They tend to favor acceptance of personal life choices, as long as they don’t cause harm to others. They also tend to love nature and want to protect Florida’s natural environment. These trends are true even among conservative families.

Residents are happy to have a strong sense of community in Heathrow. There are frequent community events like festivals and holiday celebrations.

There are some downsides of living in Heathrow, although they tend to be mild. Some residents note that Heathrow is strict on rule enforcement, which can border on excessive.

Many residents commute into Orlando. The entire region struggles with traffic and congestion because of rapid population growth and inadequate transportation infrastructure.

Residents in Heathrow like that there are many things to do nearby. Downtown Sanford is a popular destination and has a good variety of restaurant options. There are not beaches in Heathrow because it is inland. The nearest beaches are on the Atlantic coast, about an hour’s drive away.

The home ownership rate is high in Heathrow. Home owners tend to support this, but it can be difficult to find apartments or affordable rental housing.

Since the 2000 census, the population of Heathrow has grown by more than 40%. Housing supply has remained constrained, which has led to rising house prices. Unaffordable housing makes it difficult for new residents to move in. This is often symptom of an unhealthy housing market.

A lack of affordable housing causes price instability. A healthy market has many “willing and able” participants, and many transactions. Healthy market dynamics allow participants to buy and sell easily, with steady and predictable prices.

Central Florida was devastated by the 2004-2007 housing bubble.

Note: Some data has been rounded to approximate values for analysis.

The weather in Heathrow is typical of Central Florida.

Summers are hot and humid. There are afternoon thunderstorms almost every day due to a consistent pattern of heating and cooling.

When the rain is finished it leaves an oppressive, steamy humidity which can be unpleasant. It’s also not fun to be caught in a sudden downpour while walking or biking. Many residents keep umbrellas and rain gear in their car at all times.

A year-round warmth is wonderful for sunbathers, gardeners and golfers. But, it has downsides. The sun is dangerously excessive during the summer.

A never-ending pollen season is miserable for those with allergies. Some residents miss seeing colorful leaves change color in the fall, and miss the variety of distinct seasons.

Heathrow is not directly situated on the ocean so it’s not as vulnerable to hurricanes as some coastal communities. Hurricanes quickly lose strength as they move over land, and coastal storm surge is one of the most destructive hurricane forces. It’s still vulnerable to high winds, localized flooding and other aspects of hurricane damage and disruption, though. Central Florida can be affected by hurricane systems from both the Atlantic Ocean and Gulf of Mexico. Heathrow residents should be aware of hurricane threats and always plan accordingly.

Overall, Heathrow is a very pleasant place to live. Of course, every person is unique. Your own experience depends on your personal likes, dislikes and preferences. Your experience will likely hinge on your ability to assess your own needs, wants and preferences, and find a place that suits you well.

If you’re thinking about moving to Heathrow or a suburb of Orlando, the best thing you can do is try to connect with local people who actually live there.

Try to find someone who shares your tastes, hobbies, interests and values. They’ll be able to share information with you about what you should personally expect, instead of vague and general information. Afterall, “one size fits all” never really fits anyone.