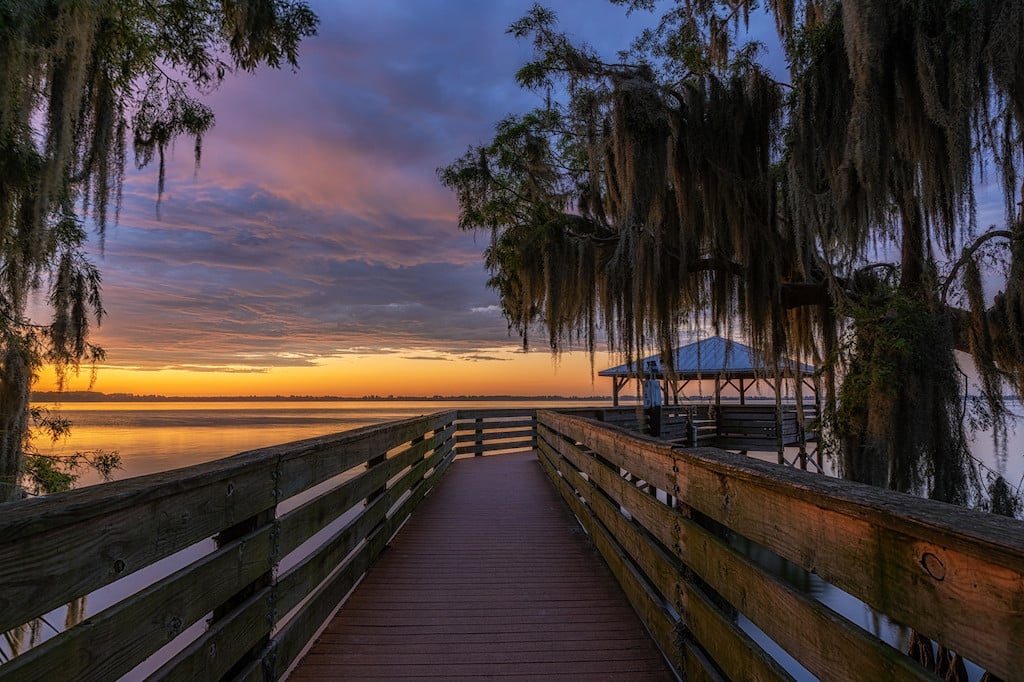 Lakeland is a medium-sized city in Central Florida. It sits just about half way between two of Florida’s biggest cities, Tampa and Orlando.

Not surprisingly, Lakeland got its name from the large number of lakes that surround the city.

There are 38 major lakes in the surrounding area. The largest and most popular are Lake Parker, Lake Beulah, and Lake Hollingsworth.

The lakes have a large impact on life in Lakeland, in a variety of ways.

The lakes provide great landmarks, and shape the local geography. Residents of Lakeland describe locations and directions based on the nearest lake.

Lakes and bodies of water also have a large impact on local transportation.

Roads and highways must cross them with bridges, or go around them. Most highways and roads in the Lakeland area go around the lakes.

Engineers can also alter the environment to accommodate roads and highways.

Sadly, they usually have severe unintended consequences. Natural engineering mistakes caused many of the worst problems in Florida, and threaten the state’s long-term future.

The lakes in Lakeland exist because of Florida’s unique geology and subtropical climate.

Central Florida sits on top of karst geology, has large amounts of tropical greenery and heavy annual rainfall. These all contribute to the high risk of sinkholes in Lakeland.

Sinkholes are naturally occuring. They are integral to Florida’s natural ground characteristics, and cannot be avoided.

Sinkholes are an expensive, and very disruptive problem. There aren’t many good solutions for fixing sinkholes, except to be well informed about them, and to avoid them.

In general, Florida has a rich aviation history. Lakeland does, too.

Lakeland is home to the Lodwick School of Aeronautics. It was opened by its founder, Albert Lodwick, in 1940. There, he trained thousands of pilots for the U.S. Army, who would change the course of history through world war II.

Lakeland is also home to Drane Field, where the famous B-24 bomber crews practiced.

Residents and visitors know Lakeland for swans. They first arrived in 1923, but were quickly eaten by alligators. So, by 1954, the swan population disappeared. One Lakeland resident wrote to Queen Elizabeth asking if she would send royal swans to the city.

Amazingly, she did! All the surviving Lakeland swans are descendants of Queen Elizabeth’s gift of royal swans.

Lakeland is strategically located between two of Florida’s largest metropolitan centers; Tampa and Orlando. All three cities are linked by Interstate Highway 4.

Along with major companies in Lakeland, other notable industries include citrus, cattle, and phosphate mining.

The latter were more prominent in Florida’s agricultural past. Thankfully, they are becoming less important to the state’s economy.

The lakes in Lakeland are a great resource for residents. They are some of the most popular things to do, and one of the best sources of outdoor recreation.

The Circle B Bar Reserve is a very popular destination. It is a nature preserve which was created from an old cattle ranch. Today it is one of the best things to do in Lakeland, and is a great example of public land conservation. It’s popular with bird watchers, wildlife lovers, hikers, runners, bicyclists, and more.

Circle B Bar Reserve is one of the best places for seeing alligators in the wild, and for wildlife photography.

People who live in and visit Lakeland can also take advantage of tourist attractions in Tampa and Orlando. Both cities are about one hour away via Interstate Highway 4.

DisneyWorld and Universal Studios are accessible off of Interstate 4 in Orlando. In the other direction, Tampa has Busch Gardens, several professional athletic arenas, and the Gulf of Mexico beaches.

But, you don’t have to leave Lakeland to find something fun to do. For decades, the Detroit Tigers have held the Spring Training in Lakeland. The Tigers recently upgraded the stadium and named it Publix Fields at Joker Marchant Stadium.

During the regular MLB season, the Lakeland Flying Tigers and the GCL Tigers play at the facility.

Lakeland is home to Florida Southern College. It’s got the largest collection of architecture by Frank Lloyd Wright. He designed and began building the thirteen structures in 1938 and finished them in 1959.

The structures include a water feature, a planetarium, a theater-in-the-round, and his final stained-glass piece.

Residents generally enjoy the climate in Lakeland. The weather in Florida is hot, especially in the summer, while the winter months are pleasant.

The city is centrally located in the middle of Florida, so it’s less vulnerable to hurricanes than coastal cities.

Still, hurricanes can have devastating impacts, even far inland. High winds, tornadoes and other hurricane threats can severely impact Lakeland.

Fires, power-outages, water disruptions and other threats can make the Lakeland unsafe after a hurricane.

Lakeland has about 108,000 residents, but it feels more like a suburb than a city.

Lakeland is popular for professionals, suburban families and retirees.

In general, residents appear to enjoy living in Lakeland, although there are pro’s and con’s.

Residents like that the city is growing. They like its location, and proximity to both Tampa and Orlando. They also like the abundant parks and cultural activities in the city.

On the downside, residents often complain about the downsides of growth. They tend to especially dislike rising crime rates in Lakeland, traffic congestion and rising costs of living.

Community satisfaction ratings are generally high for the city.