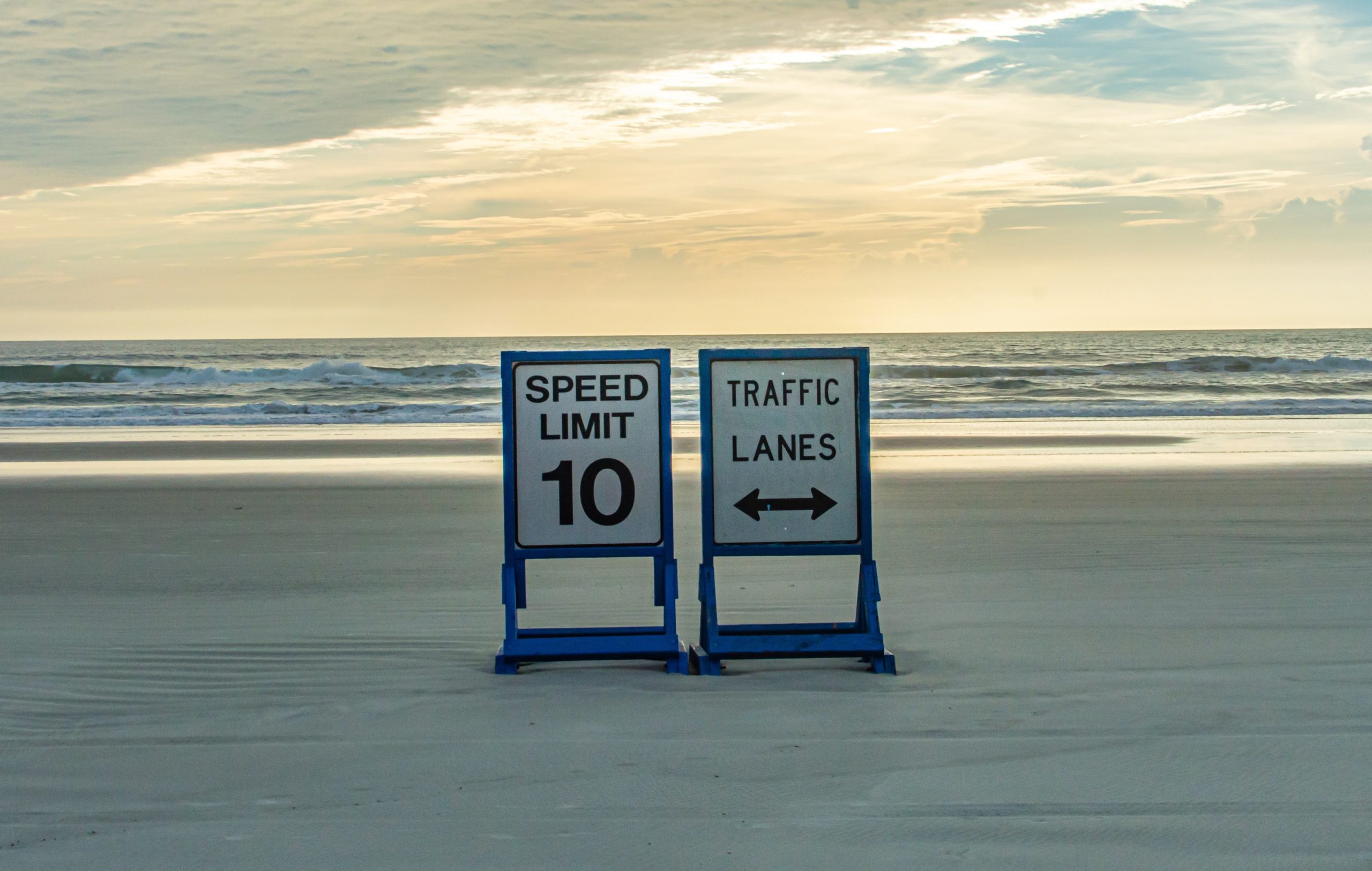 It sits in the northern section of Florida’s peninsula, in a region called the Palm Coast. It’s located in Volusia County.

It’s located 6 miles north of Daytona Beach, and 50 miles south of St. Augustine. It is 71 miles east of Ocala, and 72 miles northeast of Orlando.

Its borders are formed by the Atlantic Ocean to the east, and the Halifax River to the west.

Like many parts of Florida, Ormond Beach has a long, fascinating history.

The area has been continuously inhabited by humans for tens of thousands of years.

The land was dominated by the Timucuan Indians until the mid 1600’s, when it was settled by Quakers.

Florida is not a traditional Quaker destination; the Quaker settlement of Ormond Beach was accidental. The Quaker ships were blown off course while trying to sail to New England.

In modern history, Ormond Beach gained a reputation as a car-lover’s paradise.

In 1902, Ormond Beach hosted some of the first automobile races. The area’s beaches have fine, hard-packed sand, which is useful for achieving high speeds.

Early cars raced each other along empty beaches, from Ormond Beach to Daytona Beach.

In 1903 the Automobile Association of America brought timing equipment to officiate the races.

As racing gained popularity, Ormond Beach earned the nickname “The Birthplace of Speed”.

The sport of auto racing was the beginning of what is now known as NASCAR.

To this day, the region remains popular for car racing. People are still allowed to drive on the beach in some areas, but slowly.

Ormond Beach has been home to some notable historical figures, including John D. Rockefeller.

In his day, Rockefeller was the wealthiest man in the United States, and possibly the world.

He used Ormond Beach as his winter residence from 1914 until 1939. He was a popular and modest resident in the community, and went by the casual nickname “Brother John”.

He lived in a relatively modest home called The Casements. It’s preserved in Ormond Beach, and is included in the National Register of Historic Places.

The home is now owned and maintained by the city of Ormond Beach, and is used as the community’s Cultural Center.

Things to Do in Ormond Beach

Ormond Beach has a small-town feel, while still offering a first-class resort experience to visitors.

Ormond Beach makes it easy to relax, and offers several recreational and cultural events throughout the year.

You can walk on white-sand beaches or go fishing in the beautiful, clear water.

If you’re looking for more entertainment, Ormond Beach is only an hour away from Orlando, and just a short drive from Daytona Beach.

Or, if you want to go shopping or step back in time, you can check out Granada Boulevard and Ormond Beach’s historic downtown area.

Ormond Beach is just three miles south of Tomoka State Park. The park is one of the best things to do in the area, and is a very popular attraction.

Visitors can hike on nature trails, or use the park’s river access to access the water. The river is popular for boating and canoeing.

Tomoka State Park is also a great place for bird-watching.

More than 160 different species can be spotted during their annual fall and spring migrations.

Being a NASCAR town and ‘The Birthplace of Speed’, Ormond Beach is also home to an annual Antique Car Show and nighttime Gaslight Parade. These events are held annually, every Thanksgiving weekend.

The Ormond Garage was the first gasoline alley speedway. It was built by Henry Flagler in 1904, and predated the famed Indianapolis Speedway.

Unfortunately, the structure burned down in 1976. But, there’s still a marker where the building used to stand.

Ormond Beach is known for being one of the best places to live in Florida.

Residents love living in Ormond Beach because of the relatively good schools, low crime rates, and suburban living. They are also attracted to the lack of a state income tax in Florida.

Living in Ormond Beach allows residents to visit the beach without worrying about hotels, crowds or travel time.

Many Ormond Beach residents love the town because it’s quaint and quiet.

Other residents love the shopping opportunities, as well as the gorgeous landscape that they get to call home.

It’s also a family-friendly area. This is especially true when compared to other nearby beaches, which can have wild “Spring Break Vacation” feels.