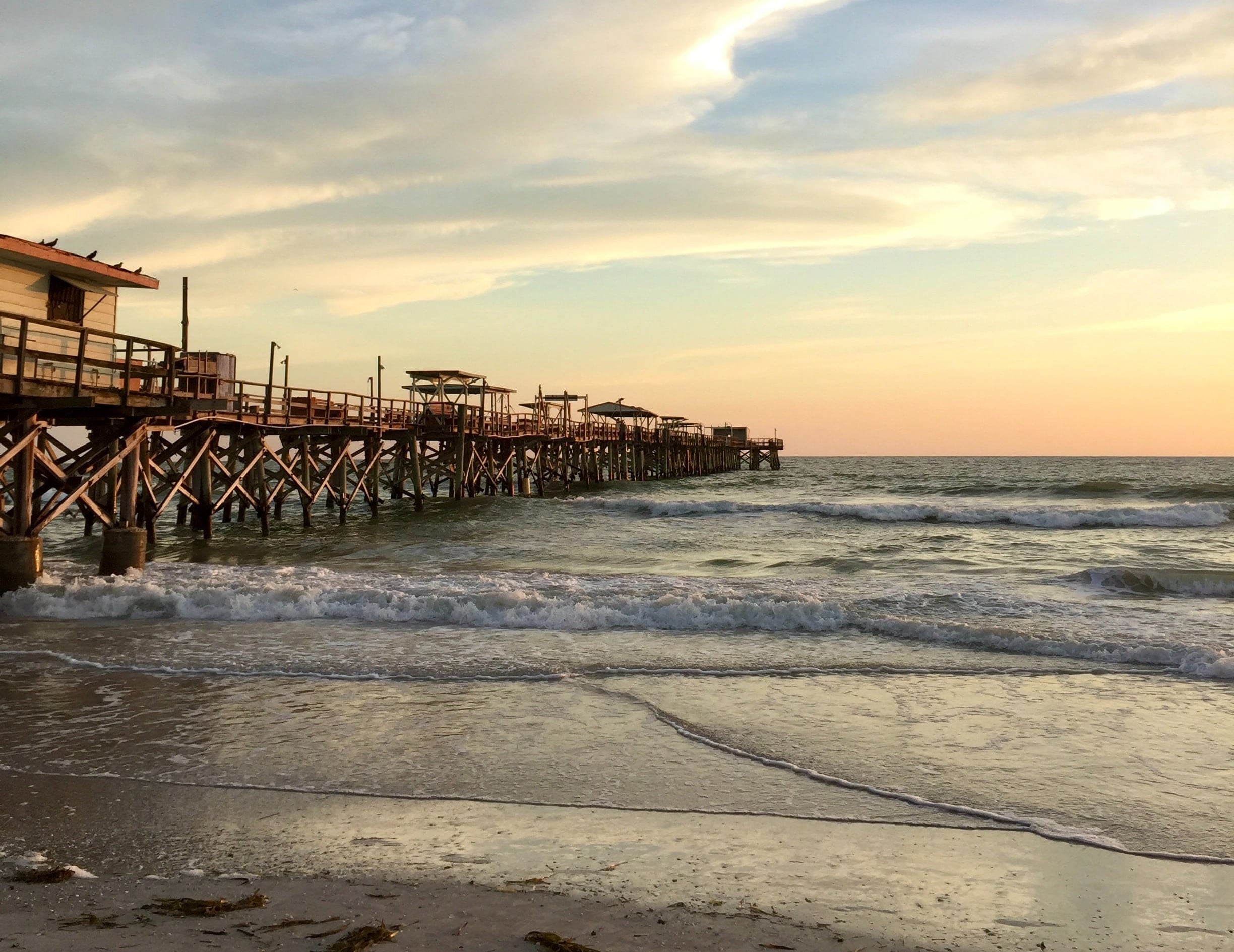 Redington Shores is a small beach town on a barrier island along Florida’s Gulf Coast.

The beach is fairly large and is usually relatively uncrowded. It can get crowded during peak times though, partially due to the high-rise hotels, condos and resorts in the area.

Redington Shores is sandwiched among several other beach communities. It sits north of North Redington Beach and south of Indian Shores.

Redington Shores is more welcoming of visitors and has more restaurants, stores, amenities and tourist attractions than other nearby beaches, especially the exclusive Redington Beach.

Unlike the other beach towns to the south, there is a lot of public parking in Redington Shores. Parking can still be difficult to find on busy weekends, holidays and during other busy periods.

Historically, Redington Shores had a large fishing pier which extended into the Gulf of Mexico. It was popular for sight-seers and for fishermen. Beach wedding photographers also used it as a backdrop for beach weddings. The pier was in a state of disrepair and was damaged by several powerful storms and hurricanes. The Redington Shores pier was demolished in 2020.