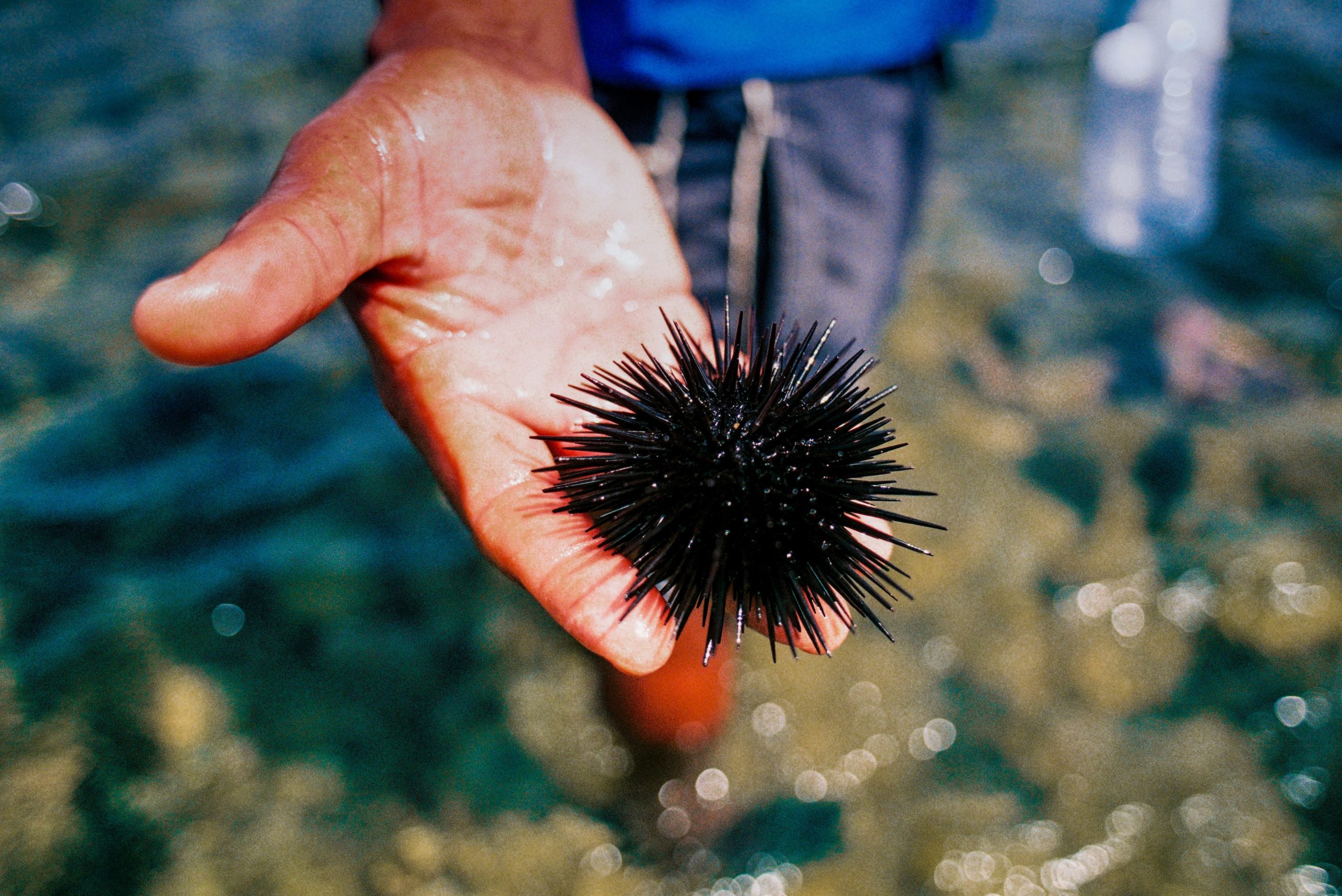 Sea urchins are found in all of Florida’s coastal waters, including the Atlantic Ocean, Florida Bay and the Gulf of Mexico.

Sea urchins are echinoderms, and are part of the class Echinoidea.

Sea urchins are very versatile, and can be found in all of the world’s oceans.

Sea urchins typically live on the seafloor and can be found in shallow coral reefs, tide pools, seagrass beds and kelp forests.

Sea urchins can live in zero-depth tide pools, and have been found living in water as deep as 5,000 meters. They can also live in all of Earth’s oceans, from the tropics, to the arctic.

Sea urchins usually move slowly. They feed on algae through a rasping mouth part called a “mouth arm,” which consists of a series of calcareous, finger-like parts called “Aristotle’s lantern.”

Sea urchins in Florida are present from the shoreline to depths of more than 200 feet.

Sea urchins are typically fished commercially for food and roe, which are the eggs from females.

Sea urchins have been hunted and harvested by humans since prehistoric times.

Sea urchins were once fished commercially, and are now harvested for use as bait by both recreational and commercial fisheries.

It is illegal to harvest urchins from public lands in Florida without a permit from FWC, or to take them by boat on waters under the jurisdiction of FWC.

Sea urchin shells are hard and usually have spines to protect themselves from predators.

The length of sea urchin spines can vary, but they are usually between 3 cm and 10 cm long. Some urchins do not have spines, and instead have hard, round outer shells for protection.

The spines on the top surface of the sea urchin are covered with small granules that are composed primarily of calcium carbonate.

In structure, these granules are similar to teeth in that they are rigid and have a hard enamel-like coating; however, the tips of the granules do not contain dentin.

The openings through which the spines protrude from the sea urchin’s surface is actually an external opening known as a “pore.”

The pore is surrounded by a ring of muscles which are used to point the spines downward for protection and to raise them upward when the sea urchin feels threatened or becomes aggressive.

They are used to obtain food, as the sea urchins prey on small fish by trapping them with their buccal mass (mouth) which is located in the bottom center of their body.

Another way that they obtain food is through filter feeding; as they have gills like a fish, they take in water and separate out food particles from it.

Sea urchins have a nervous system which can detect and respond to light, but do not have a brain.

Urchins have light receptors that are particularly sensitive to red wavelengths of light (most other invertebrates have no color sense), suggesting colour may be used for communication.

The rest of their senses are well-developed as well, with the exception of a weak lateral line system.

Compared to other marine invertebrates, urchins have small simple eyes that lack lenses or retinas and appear to be more like light sensors than true eyes.

Sea urchins rarely move about by themselves, but they can take an independent initiative when necessary, such as to avoid predators or locate a new burrow if their old one collapses.

It is also possible that if startled, sea urchins will move by themselves to relocate. Sea urchin movements are slow and laboured; they can be propelled through the water for short periods of time (about 10 minutes) by flexing their long and powerful tube feet.

As echinoderms, sea urchins have five-part symmetrical bodies, usually with an endoskeleton of calcium carbonate plates covered by a thin dermis composed primarily of collagen fibers.

They possess five identical sets of “tube feet” on the underside for locomotion; in addition, sea urchins also have a small number of pinnate “bronchioles” on the top side and “spines,” which are modified teeth, on their surface.

For protection, sea urchins possess an external shell composed primarily of calcium carbonate plates covered with a thin dermis. The main outer layer is rigid and protects the sea urchin from predators. Beneath this shell is a layer of skin which is relatively soft and pliable.

Seagrass beds are vital components of the marine ecosystems found in temperate, subtropical and tropical regions throughout the world.

Hundreds of different species live within these communities, contributing to a functioning ecosystem that provides habitat for many organisms and is especially important for juvenile fishes and invertebrates.

Most seagrass species are flowering plants. Most of these have both male and female flower parts. Seagrasses also contain specialized cells called “gametangia” that produce gametes (male or female reproductive cells).

Continue Reading:   Why do the Florida Keys Smell Like Sulfur?

Seagrass beds in Florida are dominated by two species, Thalassia testudinum (turtle grass) and Syringodium filiforme. The roots of seagrasses are submerged in the sand or muddy sediment that covers the seafloor.

Seagrass ecosystems can be found in shallow water near shore, on coral reefs, and near the mouths of rivers.

Seagrass needs sunlight to survive and grow. Most seagrass species can be found in water less than 15 feet (4.5 m) deep as there isn’t enough light for the plants deeper down.

Seagrass is a slow growing plant and needs protection from human activity, such as beach development and pollution.

Seagrasses serve as an important nursery for many marine animals including fish, shrimp and oysters. They are also food for herbivores like manatees.

Sea urchins can consume a surprisingly large volume of seagrass, and can decimate product seagrass beds during periods of overgrazing.

A typical sea urchin consumes over 50% of its own weight in food each day.

Seagrass is important because it helps stabilize marine ecosystems. It helps prevent erosion and disturbance of underwater sea floor, and they provide a habitat for many juvenile fish and marine life. Seagrass is an important a source of food for turtles, manatees, urchins and other marine life.