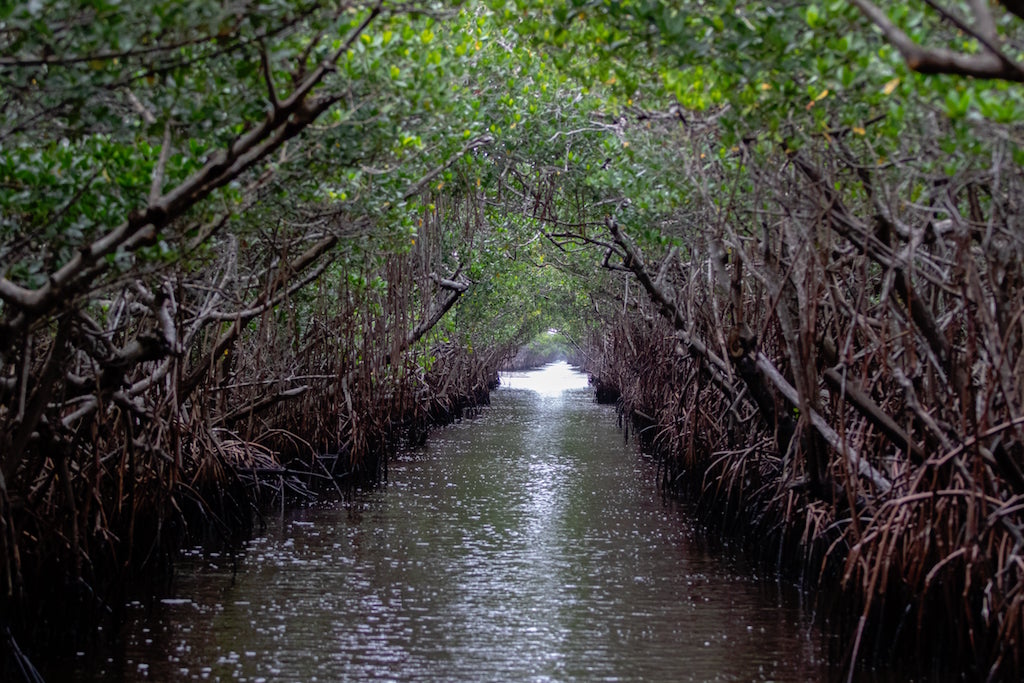 What are the Florida Everglades?

The Everglades is a large region of subtropical wetland in Florida. The Everglades form an incredibly complex and fragile ecosystem.

The Everglades ecosystem is very large, and covers more than two million acres. The Everglades begin in central Florida and descend to the southernmost parts of the Florida Peninsula.

The Florida Everglades were one of the first conservation efforts in the United States, to protect against the overharvesting of sea birds.

The birds were killed for their plumage, or feathers, which were popular fashion accessories for women’s hats at the time.

Large sections of the Florida Everglades have been destroyed for agriculture, development, and other uses.

The water patterns of the Everglades have been disrupted from their historical state. The changes are causing dramatic problems.

Threats to the Florida Everglades

The Florida Everglades are under assault, and are threatened by many factors.

Many invasive plants and animals thrive in the Florida Everglades system. These life forms often have no natural predators, so they overwhelm the natural environment and native species.

Some invasive species were introduced into the everglades by accident, and some were deliberately introduced in misguided human attempts to change the natural ecosystem.

Pythons, in particular, pose a serious threat to the natural environment, as they displace and destroy natural wildlife.

There are countless types and species of trees, grasses, plants and other foliage in the Florida Everglades.

These are spread across dry tree islands, flooded prairie, marshes, swamps, mangroves, and more.
Birds of the Everglades

Birds in the Florida Everglades

The Florida Everglades support hundreds of bird species, including endangered and threatened species.

“Back in 1870, when only eighty-five people lived along the coast of southeastern Florida, an estimated two million wading birds inhabited the Everglades during dry seasons. During the late nineteenth century, plume-hunting reduced these birds to only several hundred thousand. This dramatic loss spurred protective laws in Florida — and in New York, where the plumes had been shipped to millinery houses. Thus protected, the wading-bird population rebounded to near its original level. Then, in the 1940s and after, the character of the Everglades itself began to change. As South Florida grew, the Everglades shrank, its waters controlled for man’s uses. By the mid-1970s, wading-bird numbers had dropped back to a few hundred thousand, about 10 percent of what it had been a century before. Biologists actively study these birds, looking for clues that might lead to stopping or even reversing the decline. As yet the only thing that is certain is that life in the Everglades is more fragile than anyone ever thought.”

Jack de Golia, Everglades: The Story Behind the Scenery, 1978

The Florida Everglades are one of the only places on earth where alligators and crocodiles are both found in the same habitat.

The Everglades are the best place to see alligators in Florida. Alligators are found in the Everglades’ freshwater ponds, sloughs, flooded prairies and canals. Alligators also help shape the environment, and frequently dig and build nests and watering holes into the flooded, swampy ground.

Crocodiles are found in the salty and brackish waters, especially tidal mangrove habitats and Florida Bay.

The Florida Everglades are vitally important to Florida’s economy, in many ways.

The Everglades are a hugely popular destination for outdoor attractions. The Everglades support many forms of ecotourism, including fishing, birding, boating, and more.

Key Biscayne National Park, and other surrounding ecosystems, are negatively impacted by the destruction of the Everglades, in many complex ways.

The Florida Everglades are crucial to managing Florida’s water.

In the wet season, rain from north central Florida and Lake Okeechobee overflow.

The water forms a sheet of water, which slowly flows through the Everglades’ sawgrass marshes. This was famous called a “River of Grass”, as described by the famous Florida conservationist, Marjory Stoneman Douglas.

“There are no other Everglades in the world. They are, they have always been, one of the unique regions of the earth, remote, never wholly known. Nothing anywhere else is like them; their vast glittering openness, wider than the enormous visible round of the horizon, the racing free saltiness and sweetness of their massive winds, under the dazzling blue heights of space. They are unique also in the simplicity, the diversity, the related harmony of the forms of life they enclose. The miracle of the light pours over the green and brown expanse of saw grass and of water, shining and slow-moving below, the grass and water that is the meaning and the central fact of the Everglades of Florida. It is a river of grass.”

This process forms a vast, shallow river of water, which moves very slowly.

As it creeps southward towards Florida Bay and the Gulf of Mexico, the water is naturally filtered, and cleansed of nutrients and pollution.

The Florida Everglades have been altered by humans for hundreds of years, beginning in the early 1800s when northern American settlers began moving to Florida in large numbers.

Dams, levies, canals and other water management systems have completely altered the natural state of the Everglades ecosystem. These changes have far-reaching consequences, and have impossibly complex knock-on effects.

The southwest coast of Florida, including Miami, Fort Lauderdale and surrounding communities, are some of the most densely populated regions in Florida. These regions were carved out of the Everglades, and permanently altered the natural ecosystem.

Ironically, the destruction of Florida’s natural water systems causes many of the most serious problems for Florida residents, including water insecurity, flooding, erosion, and more.
The Everglades help regulate water conditions for several nearby estuaries, including Florida Bay, Charlotte Harbor, and others.

Continue Reading:   The Best Places to See Alligators in Florida

When fresh water doesn’t flow  through the Everglades, important estuaries like Florida Bay become too salty. This is known as hypersalinity.

This imbalance causes a cascading effect of problems, including massive seagrass die-offs, marine life die-offs, and more. This is especially concerning because seagrass beds are already vulnerable to other natural threats, including destruction by boaters and natural causes, like urchin overgrazing.

For a variety of reasons, wetlands, swamps and other water resources are some of the most endangered ecosystems in the world. They are also some of the most important.
Wetlands are often seen as tempting targets for land development and urbanization.
More than 50% of the wetland ecosystem in the U.S. has been destroyed.  In fact, the Everglades have lost half of their original acreage.

The Everglades Conservation Act was passed in 1994 to help restore and protect 10% of the remaining wetlands by 2017. This was done despite a lack of understanding how important these ecosystems are to Florida residents. Today, only about 2% of wetland acreage has been protected.

The Everglades serve as an important source of water for several nearby regions. It is responsible for maintaining steady flows in the Caloosahatchee River, which runs through Fort Myers and other communities along the southwest coast of Florida. The river also provides drinking water to much of south Florida’s population.

Across the world, many of the most important fisheries and food sources are imperiled by the loss of wetland ecosystems.