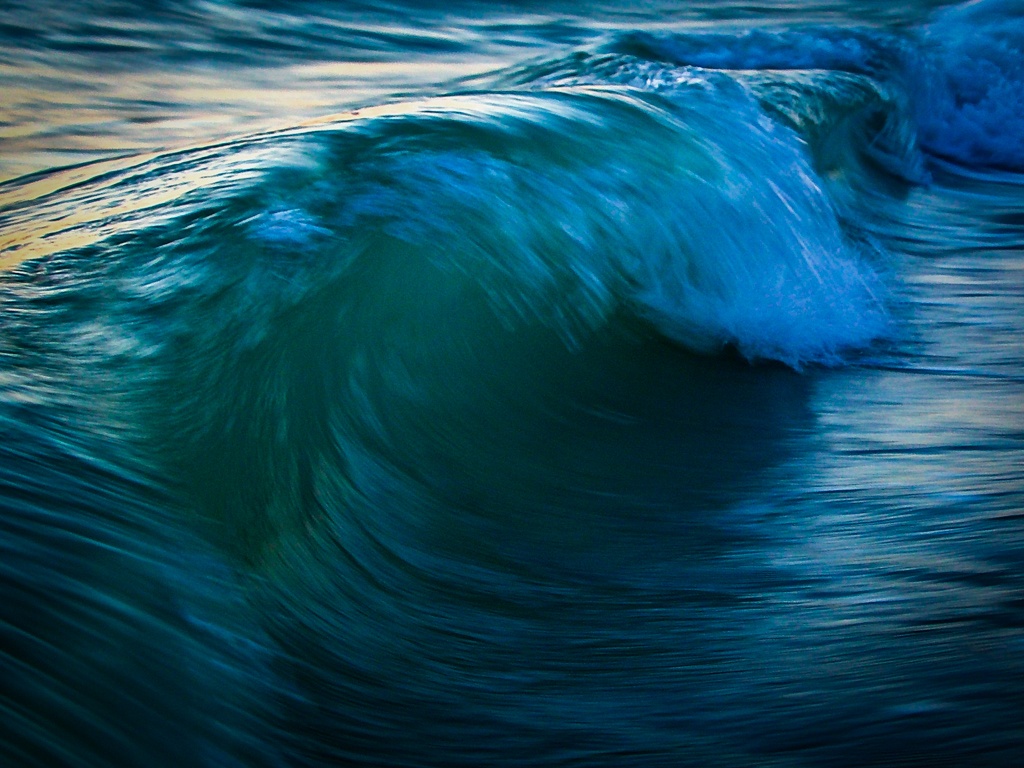 Is there good surfing in Florida?

Florida can have excellent surf, but only during specific conditions.

Because of many different factors, wind, wave and swell conditions don’t affect the coastline consistently.

Certain spots on Florida’s east coast can have surprisingly good, overhead and barreling surfing waves when specific conditions are in place.

This is especially true during hurricanes and powerful offshore storms. Especially if a big storm parks itself offshore, it can generate large, sustained waves and “ground swell” conditions, instead of the sloppy, short “wind swell” waves which are more common.

For anybody who visits or moves to Florida from California, prepare to be disappointed. Compared to the Pacific Ocean, the Atlantic’s surfing conditions are underwhelming.

West Coast waves generally have a much longer period, and swells are more well-organized than any wave found in Florida.

In general, waves in California and the West Coast occur thanks to “ground swell”. This describes the nature of the wave energy.

Aground swell is a function of smooth, consistent wave energy, transmitted across a vast, unbroken area. This is also known as “Fetch”.

The energy travels across such long distances, the wave patterns have a chance to smooth themselves out, and waves form a predictable and consistent pattern.

These waves typically form less than 100 miles from shore. With this wind swell, wave periods are short, and waves will always be “messier” than those found on the West coast.

Is there surfing in the Florida Keys?

Generally, you can’t surf in the Florida Keys due to coral reefs, marine geography, and the resulting lack of waves.

The Florida Keys are protected by the Great Florida Reef, which is the third largest barrier reef in the world. It runs southward, just offshore of Florida’s coast, from Miami to the Dry Tortugas.

This reef is great for many reasons, and it offers priceless protection during hurricanes and tropical storms. But, it also means that there is little to no wave action in Key West, or any of the other keys. Without waves, there is no surfing.

Interestingly, that’s also why there are so few natural sandy beaches in the Florida Keys.

Florida’s surfing wave potential is limited because of the “Bahama Shadow”.

This refers to the area west of the Bahamian archipelago, which blocks and interrupts oncoming wave energy before it hits Florida’s coast.

In some places, the Bahamas are very close– only 50 miles– to Florida’s east coast, so the archipelago acts as a “barrier” island chain.

This can benefit and protect Florida during hurricanes, but it also means that open-ocean wave energy is disrupted before it can turn into a good Florida surfing wave. Due to the location of the Bahamian islands, this is especially true of swells from the East or Southeast.

The Bahama shadow is reduced along Florida’s northern coast, and the area generally above Fort Pierce.

Cocoa Beach is the surfing capital of the U.S. east coast, and it’s got some of the best surfing in Florida.

Cocoa Beach is at the epicenter of Florida’s surf culture and history. The waves at Cocoa Beach produced legendary surfers like Kelly Slater, among others.

Cocoa Beach is one of the closest surfing spots near Orlando.

Travel time varies depending on traffic and day of the week, but Cocoa Beach is usually less than an hour drive from Orlando.

The stretch between Cocoa Beach and Melbourne has several good spots. The best ones to “work” will depend on current conditions, especially the tide, storm status, and seasonal wind patterns.

Many beaches on this stretch of coast are sandy bottom breaks, although some have rock bottoms. Most agree that the most consistent surfing waves can be found between Ponce Inlet and Sebastian Inlet.

Sebastian Inlet is one of the best surf spots in Florida, without a doubt.

It has one of the most fascinating waves in the world, with an equally interesting story, in that it was both created, and ruined, by accidental human action.

The spot benefits from uniquely good hydrological conditions, water flowing out of the Indian River Lagoon, and the Sebastian Inlet jetty, which reflects and boosts wave energy.

Sebastian Inlet is often described as the center of the universe for competitive surfing on the east coast. Not surprisingly, the wave at Sebastian Inlet produced some of the best and most respected surfers in history.

Learn about the wave, and how it’s changed over time courtesy of the Florida Surf Museum.

What time of year is best for surfing?

Florida’s surfing season generally runs from late September until early May. But, great surfing conditions vary depending on the season and specific weather conditions; especially the presence of offshore storms.

The months from September to November — Mid to late hurricane-season, are often good surfing months because of storms and semi-reliable swell patterns.

Especially if a big storm lingers offshore, it can pump out great surfing waves. In these cherished times, Florida surfers will drive up and down the coast to their favorite spots, depending on which spot catches the swell best.

Do you need a wetsuit?

Because of its warm weather, you can generally surf year-round in Florida, if there are good waves to surf.

Many people prefer wet suits, and others do not find them necessary. During cool winter months, it is best to plan on using a wetsuit.

The biggest waves in Florida

The biggest waves in Florida are found on the north east coast.

The exact location of the best waves varies depending on the precise conditions because Florida’s surfing conditions are so dynamic.

The north and central east coast region– especially between Sebastian Inlet and New Smyrna Beach— is considered to be one of the best, and most consistent areas for good waves Florida.

This video shows drone aerial photography over New Smyrna Beach, also known as the sharkbite capital of the world.

Should you worry about sharks?

We’ve all heard that that statistically, you’re more likely to be killed by a coconut, or lightning, or, really, anything other than a shark attack.

The odds of having any sort of encounter with a shark are extraordinarily low.

But, shark attacks do happen, and the North East coast of Florida which is best for surfing has the most concentration of shark attacks.

It’s just a fact: there are sharks in the water in Florida– which is a very good thing. Without them, our oceans would be in serious trouble, and us too.

So, should you be worried? You really have to consider the risks for yourself. But, you should know that sharks are vital for the world’s oceans, and health.

For more information, check out the Florida shark attack research by the University of Florida.

Florida’s Gulf coast sometimes has surfable waves, but not often. These waves tend to be “mushier” and wind-driven, with less swell than you will find on the East coast.

To some, the more “mellow” waves of the Gulf coast can actually be better, because they are easier to learn on.

When a hurricane creates large swell in the Gulf of Mexico, surfing conditions can improve dramatically.

Just a few days ago, in fact, waves in the Gulf of Mexico were reported to be 9-12 feet. Sadly they were still not good conditions for surfing because the waves were very messy, and were not rideable.

Many folks on Florida’s Gulf Coast enjoy kiteboarding, paddle boarding, windsurfing, and other forms of surfing which are less reliant on steady, consistent surfing waves.

It’s not recommended that anyone move to Florida’s Gulf Coast specifically for surfing. But, if you already live there, you can surf when the stars align and conditions are “just right”.

For more on Florida surfing, check out the Florida Surf Film Festival.